“To be a charity or not?” is a dilemma that many organisations face. Unfortunately, they often do not think through the answer sufficiently. Many just apply for charitable status without understanding what might be involved and, particularly, what the downside might be. The reality is that being a charity means, among other issues:

The two most obvious (and valid) reasons for taking on the burden of being a charity are:

Taking the first point: being seen as a “charity” may help in a number of ways. It may help, for example, in recruiting volunteers, in more favourable treatment from suppliers and with some forms of fundraising, where being a “charity”, as opposed to a “not-for-profit”, is thought to be more appealing to potential donors. As to the second point: the crucial issue is where the organisation sees its funds coming from. If they are coming from the government – e.g. housing subsidies or training programs – there is no value in being a charity as governments do not take tax receipts. If much of the funds come from corporate sponsorships, again there is little incentive to become a charity. Most commercial companies do not want a tax receipt (cost to process vs. “benefit” they might obtain). Rather they want the social marketing or halo effect of having their corporate logo displayed and being seen as community supporters. If the organisation is, however, dependent now and in the future on private donations or foundation grants for the substantial majority of its income then the ability to issue a tax receipt, as a charity, becomes of real and very practical significance.

Recognize, however, that being a “charity” can have somewhat negative connotations in some quarters. “Charity” can often imply a “little-better-than-poorly-run-amateur” organisation, as opposed to a professionally managed business that, as a not-for-profit, has socially-minded/ humanitarian/ethical/ … goals. Promoted as a professionally run not-for-profit, it might be easier to obtain commercial sponsorship deals from companies who see advantage in having their products incidentally promoted/used.

Questions to be asking of organisations faced with this dilemma are: 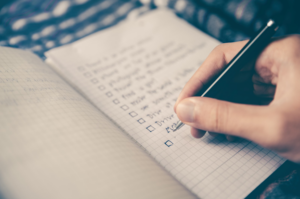 These are serious matters, so often not thought through by enthusiastic founders or Board members (often equally enthusiastic friends of the founder as opposed to experienced organisational managers).

Just what are the purposes of Organisation X that are currently on file (assuming it is properly incorporated, provincially or federally)? Would they meet the CRA’s criteria for charitable status as currently described? Does Organisation X actually do what its purposes claim? Are the present Board prepared to take on the more stringent legal (and financial) responsibilities as directors of a charity?

The challenge for organisations is that there is often a “carrot”, such as a specific funding opportunity, being dangled in front of them – but which is dependent on charitable status – and it is very easy to succumb to the temptation of chasing the same. But what would such a grant do? If it allows expansion of offerings, will it pay for their up-keep and maintenance going forward? It is like buying a house – it is all very well getting help with the cost of purchase but how are the property taxes, the repairs, the hydro bills etc. going to get paid?

To help organisations faced with this dilemma, refer them – and in particular the founders and the Board – to the following CRA website link, which will provide them with some sense of the work that will be involved as a charity, particularly when it comes to books and records and receipting: https://www.canada.ca/en/revenue-agency/services/charities-giving/charities/checklists-charities.html

The cost of becoming a registered charity is relatively negligible, being little more than filing fees, though having a charity lawyer (note “charity” lawyer i.e. an actual specialist) look over things may well be worth the price of review. But filing paperwork is not the problem – the work lies in grappling with the fundamental issues, weighing the pros and cons and making those strategic determinations. If the organisation is managing satisfactorily at present and paying its way, they may want to stay with current not-for-profit status, not apply for charitable status and ignore both the allure of potential grants and donations and the reality of the burdens charitable status imposes.

Graham Boyce has a background as a senior corporate executive and has worked extensively in international management consulting.  He has also consulted extensively on recent NFP legislation.  Graham joined MAS in 2011 and has focused on problem-solving, primarily around organizational management and governance, strategic planning and operations improvement.