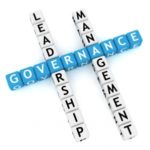 How’s the Relationship between the Board and the CEO/ED?

The relationship between a non-profit organization’s Board of Directors and its CEO/ED is one of the key elements of effective governance. That relationship, however, is often the source of tension for both parties. Indeed, at times the relationship can become quite fraught and dysfunctional, which reduces the effectiveness of the governance and management of the organization.

The Board recruits and appoints the CEO/Demands the CEO/ED is the Board’s only employee. As such, the Board determines her/his compensation and approves the performance goals against which her/his performance will be measured on an annual basis. These functions suggest that the Board, therefore, is in a supervisory role, though as I will point out later, that role should be performed with care and thoughtfulness.

The Board/CEO relationship is most successful if both parties understand the difference in their roles. The Board’s responsibility as the governing body for the organization is to “oversee” the organization’s operations for consistency with the Vision, Mission, Values and Strategic Plan. It does this by receiving regular reports from the CEO, which speak to the progress being made on implementing the Strategic Plan and other priority issues as they arise. The Board as the governing entity of the organization has the legal responsibility and authority to oversee how its only employee performs her/her job as the leader and manager of all aspects of the organization’ operations.

There is a consensus that these two different roles should be viewed as separate and distinct, but operationalized as a respectful and collaborative partnership. The Board Chair/CEO relationship is particularly important in building this partnership, a partnership based on candour and trust.

If the Board and CEO roles are clearly understood and respected by Directors and CEO, the likelihood of achieving the organization’s mission and strategic priorities is greatly increased.